“Aladdin”; a Representation of the Old and the New 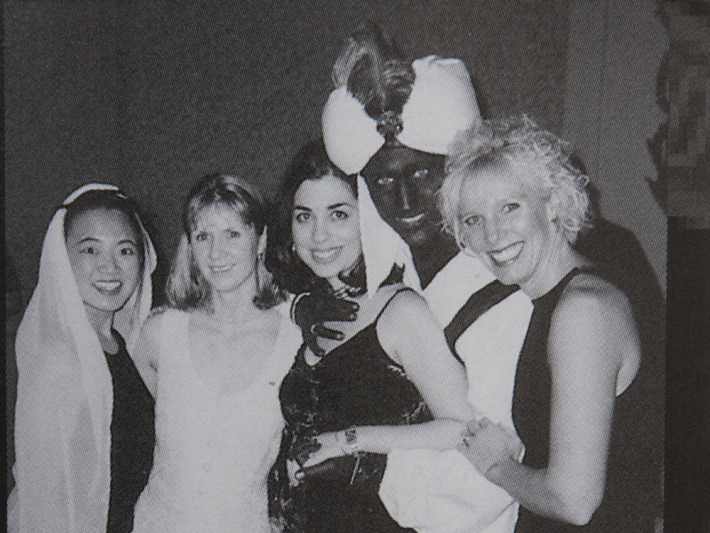 In today’s society with all the controversy about Arabic and Muslim culture, it is very hard to define a line between what’s acceptable and what is no longer acceptable. For example, back in the 2000’s, which was only 19 years ago, blackface and brownface were very common and considered as a joke. It was deemed appropriate back then from people of different culture. However, if this was done in modern society, it would create controversy, storm all over the news and might just even lose you an election. This is what Evelyn Alsultany would call “the new era of multicultural sensitivity” (4) in her article “Arabs and Muslims in the Media: Race and Representation after 9/11”. In this blog post, I will discuss about how Arabs and Muslims were viewed back in the 1990s with the original “Aladdin (1992)” movie and how they are displayed with the modern “Aladdin (2019)” as well as relate both movies to Alsultany’s work.

To begin with, “Aladdin”, the folk tale, is part of the collection “One Thousand and One Nights”. The collection was first written in Arabic during the Islamic Golden Age and then translated around the 1700s and renamed as the Arabian Nights. The story was first introduced by a Frenchman who acquired it from the Syrian storyteller Hanna Diyab. It was told that the story was inspired by Diyab’s own life. In Disney’s recreation, “Aladdin” was a poor orphan who lived day by day from stealing in the city of Agrabah. While jasmine, a princess, was forced to be silenced and not to be heard or seen. The movie is the story of “Aladdin”, a poor young man, who falls in a prohibited love with Jasmine, the princess of Agrabah.

On the other hand, Disney’s modern interpretation of “Aladdin” takes a realistic turn as they use actors to display the characters such as: Will Smith playing the role of the genie, Menna Massoud as Aladdin, Naomi Scott as Princess Jasmine and Marwan Kenzari as the evil character Jaffar. The plot of the movie hasn’t changed much, however there are a few cultural and societal changes made to the movie to be accepted by the general public in 2019.

In addition, I will relate Evelyn Assultany’s work to the two movies. The first “Aladdin (1992)” is a perfect portrayal of pre 9/11 Arabs and Muslims. As stated by the writer, in the 20th century, it was not rare to see Arabs and Muslims represented as rich oil sheiks, sultry belly dancers, harem girls, veiled oppressed women and terrorists. Although there is no rich oil sheiks or terrorists in “Aladdin”, we do notice that there is the character of Jaffar that is obsessed with power and money. As for the female characteristics of the Arabic or Muslim women represented in movies of the 20th century, we can all apply them to princess Jasmine, since, in the movie, she is dressed in a turquoise revealing outfit which resembles one of a belly dancer. She also veils herself when she runs away in the movie and is clearly oppressed, for she cannot be heard or seen, which is the main reason why she runs away from the palace in the first place. We also notice that the first movie focuses more on the male characters and on the patriarchal and misogynistic aspect. Unlike most Disney movies where princesses were considered as the main role, in “Aladdin”, Princess Jasmine is considered as a support role. Since “the new era of multicultural sensitivity”, Disney has adapted its “Aladdin” movie to fit modern societal standards. Some of the changes made includes focusing the movie more on the women characters as well as giving a bigger importance to Princess Jasmine and upgrading her to be a main role, since the newer version of the movie includes two speaking women character roles unlike the older version of “Aladdin”. It’s not just about a poor young man falling in love with a princess, but more of a story of a princess seeking liberation. The song “Speechless” featured in the movie is a good example of that. By doing so they canceled the patriarchal and misogynistic aspect of the first movie. Disney also changed Jasmin clothes from a revealing and belly dancer looking outfit to multiple sophisticated dresses and she never veils herself throughout the movie.

In conclusion, the 9/11 has caused a “New era of multiculturalism” (4) and has changed society drastically as we can see by Disney’s will to change their original to a less stereotypical “Aladdin”. But are those changes really non-racist since they are still based or found the typical cultural Muslim or Arabs stereotypes we had in the first place?

Hi Marieke, you have a very nuanced and even-handed take on the issue of fair representation. You raise an interesting question. How should we react to a major motion picture that does a good deal for the complex portrayal of women on the big screen, while relying on an outdated and flat image of Arabic culture? I believe a possible solution lies in utilitarian ethics. Utilitarianism is a school of ethics that considers actions whose overall outcome as causing more pleasure than pain as correct. In a phrase, it desires the "greatest good for the greatest number of people". Their definition of pelasure appeals to “higher” sensations of the mind: emotion, sense of morality, intellectual achievement, etc. Pain would be anything that deprives pleasure. This converts many problems of ethics into a sort of mathematics: for everyone involved, add up the good and the bad, and the best, most ethical, action would be the one for which this sum is maximal. Here, utilitarianism would commend the prominent role Jasmine has in the remake, as she plays a strong female character to whose tribulations the female audience might relate. Promoting diversity, especially in entertainment, appeals to a higher pleasure of emotional recognition. The number of people who will enjoy the positive representation outnumber those who might find the Arabic tropes disturbing. The positive contributions of the movie outweigh the negatives, and the new Aladdin is ethically good according to utilitarianism. However, there is room for improvement, and ideally movies won’t need to rely on anachronistic clichés to tell a compelling stories.