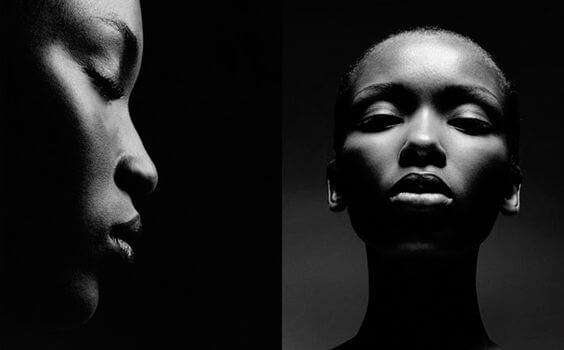 My map expresses my personal journey with the concept of creativity. It shows a brick road passing through four different colors, each representing a different stage in my life and what role creativity played during that time. Within each color there also words written in white ink which relate to that particular time.

My first brush with creativity was during childhood when I took an art class in high school. During this class I discovered both how much I enjoyed creating images and how I had some talent for it. I think part of the reason I enjoyed it was because I felt that I was good at creating something to meet assignment goals and I received a lot of praise for my efforts. However, looking back on this time I see that I was not in charge of my creativity since what I created was dictated by my art teacher.

Once I started university I no longer had art classes and therefor the necessity to draw that I experienced before disappeared. During this time I began having the responsibilities of university and adulthood and my hobbies and enjoyment of art went away. The few times I did try to draw something I found it difficult and that it did not look as good as my drawings once did. I was worried that in the time I had taken off I had lost my talent and was even less motivated to persevere.

My lack of creativity continued up until the quarantine we experienced this year. With nothing to do but sit at home I finally had the time and lack of distractions necessary to start creating again. I believe that my rediscovery of art was really good for my mental health during quarantine, but it extended past that and into the rest of my life. I now use artistic creation as a hobby and an outlet for negative energy. During university my hobbies included t.v. and going out to bars etc., but I have now rediscovered some of the joys from my childhood which has helped me to feel more connected with myself. The major difference between this time of creative explosion and that from high school is the lack of criteria and due dates. This time I got to draw whatever came to mind, create from whatever inspiration I wanted.

The final phase of my creative journey is represented in green and it reflects my time in this course. Originally, I felt creativity was something you did as a form of expression, connection and joy. It is something you did for yourself because it made you feel good. I think that because University took precedence over my life and I lost my drive for art I always associated education as being opposite from creativity, however, this class has shown me otherwise. I have learned that creativity can also be applied to concepts and situations and not just a canvas. I do still dislike how education has transformed the concept of creativity into something that can be measured and graded, but the fact that we have learned how to teach it is impressive. As a child I felt that being creative was something you were just born good or bad at, and perhaps when we speak of paint and canvas this is true, but I now see that creative skills show themselves in numerous ways.

The map and a few examples of my drawings can be found here: https://docs.google.com/document/d/1JFlkATB1xSPzgbK4EjmEMipMFGz1wVD7ujvy1yn_9Fk/edit?usp=sharing