Game Over: An Overview of Sexism in Video Games 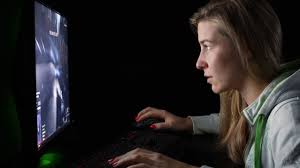 When one imagines the level 100 armor of a male video game avatar, the image of shiny steel plates and elaborate helmets often comes to mind. When imagining the same level of armor of their female counterparts, a very different and far more sexualized variant tends to appear. Sexism is an issue that continues to plague the media, but video games specifically are notorious for their exaggerated and offensive portrayals of woman, and so often overlooked in favour of issues in advertising and the mainstream media. In an industry which employs 78% men (O’Brien), the designers of these games must pay special attention to their treatment of women and make every effort to reduce sexism in video games due to the alienation of women, creation of sexist environments and tolerance towards sexual harassment and violence that sexist games have been shown to cause. Arguments for free speech and wrongful assignment of blame can be made in favour of developers who are guilty of making sexist games, but these arguments are overruled under virtue and deontological ethics.

The sexist nature of some video games fosters the creation of sexist online gaming communities, that can potentially lead to the harm of female players. Online gaming has allowed people from all over the world to come together and share a passion, but in doing so has given a platform for people to voice their sexist beliefs anonymously and often without consequences. Polls show that 63% of female gamers have been called cunt, bitch, slut, or whore while gaming online (Rodie). Game developers often do nothing to hinder the spread of sexual harassment, and the sexist content in these games only encourages this type of behaviour. Of course, it can be reasoned that the responsibility of policing online gaming servers does not lie solely with game developers, who likely don’t have the resources to monitor all players of the game, but the reality is that hardly any initiative is taken by video games developers to target sexual harassers, leading to female gamers feeling uncomfortable and even unsafe in online gaming servers. Overall, developers must do more to ensure that the online communities they create are an equally safe and accepting place for both female and male players.

The abundance of sexist content in video games leads to an increased tolerance for sexual harassment and violence. Studies show a correlation between long term exposure to sexist video games and sexist attitudes towards women (Stermer 52). It is not difficult to imagine that someone who regularly plays video games containing excessively sexist content will carry some of their in-game actions into real life. Take for example Grand Theft Auto, which allows players to purchase sex acts from prostitutes and, following a graphic demonstration of these acts, run over or otherwise execute said prostitute (Rockstar North). It is true that video games cannot be entirely blamed for sex crimes in the real world, but the implication of the player, who consciously chooses to carry out these crimes in game, makes for a strong argument that sexism in video games has real life consequences, far more than television or film. The encouragement of sexual violence certainly does not pass Kant’s categorical imperative which deems that one should only act in accordance with rules that they believe should be universally accepted (Britannica). The fact that sexist video games have been shown to encourage sexual violence makes them immoral under Kant’s ethical rationalism, therefore supporting the claim that sexism in video games must be reduced.

In conclusion, it is necessary that sexist content be removed from future video games, due to the estrangement of women, the harmful environments created and the insensitivity towards sexual harassment that sexist games have been proven to cause. The arguments that developers are simply catering to their target demographic or don’t have the resources to prevent sexism in their games, or that video games cannot be held liable for the real-life actions of their players do not make the disturbing content found in some games morally justified. It is important that video game developers consider the effects of the sexist content they put in their games, as sexism towards women is already an epidemic in the real world. Extending this problem to the virtual world only makes it worse for women who simply want to escape from the persecution they experience daily. As gaming occupies a larger and larger portion of the entertainment market, the need for digital equality will only get increasingly pertinent.

Hey, your pieces of information are clear and well detailed. It was easy to identify the key elements of your argument trough the text. Most of the facts have sources. It is true that females characters are often designed to be visually appealing in a sexual way. Something I hadn’t really thought about before. Thank you for sharing.