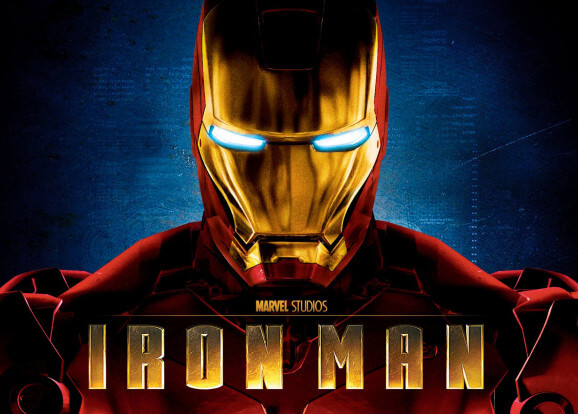 The Academy Awards nominee movie Ironman, released in 2008, was enormously praised for its genre changing story and its portrayal of the iconic character known as Tony Stark, played by Oscar winner Robert Downey Jr. The film was considered a breath of fresh air within the superhero movie industry due to its realism and due to the character complexity of its hero. However, its misrepresentation of Arab and Muslim individuals fails to show the actual reality and values of these communities. The characters representing said groups are not complex at all.

First off, the movie titled Ironman is the very first of many of the biggest franchise in the world: the Marvel Cinematic Universe which began eleven years ago with this film and has now built itself around it. Ironman is about the multi-billionaire genius CEO, Tony Stark, inheriting his father’s multi-billion dollar company named Stark Industries. This company specialises in “progress” and the enhancement of American military weaponry. The movie starts off with Tony Stark being kidnapped by Arab terrorists during his brand new enhanced missile presentation in Afghanistan. He is taken to a cave where he is forced to work for them and build them a missile. He manages to escape by building, with the help of Yinsen (a “good” Arab character), a suit of armour, later known as the Ironman, and manages to escape. Yinsen, before sacrificing his life for Stark, inspires him to stop building weapons and to try a more “peaceful” approach. When he is back to the United States, he decides to stop helping the military due to the fact that he saw terrorists use his own technology against American soldiers. He then builds a suit of armour, saves some victimized Arab civilians all while killing the “bad” Arabs and taking down his company partner who was in fact, behind Stark’s kidnapping. In the end, Tony Stark epically announces himself to the world as the Ironman and opens the door to more franchises who narratively connect to this film.

Like Alsutany explained in her book "Arabs and Muslims in the Media", the one-dimensional typical Hollywood Arab terrorist character is showcased In many movies including Ironman. In this movie, the very first scene is about the film’s main protagonist, being transported by American soldiers who get killed or kidnapped by unknown assailants. A scene later, the camera showcases Stark’s point of view within the bag the terrorists used to cover his face while hearing Arab chattering. This shot gives Arab men the image of violent, evil men who do not want to be discovered and who commit terrorists attacks before even seeing them. Afterwards, all we see from these terrorists are menaces of torture, killing and intimidating monologue that showcases no character complexity whatsoever. We see no character motivations for being violent coming from these villains and no understanding of why they do what they do. They are simply evil Arab men.

Furthermore, this movie supports Alsutany’s claim that Hollywood attempts to compensate the portrayal of evil Arabs by showcasing a “good Arab”. In this case, that character is named Yinsen and is an innocent Arab doctor who sacrifices his life for someone he just met, which is quite unbelievable and perhaps very exaggerated. One could say Yinsen is an utter overcompensation for portraying one-dimensional Arab characters with no complexity and ultimately makes it quite reducing. Yinsen himself is not a very complete character, He seems to have no character flaw at all. He is the pinnacle of goodness, which supports that his character is a very exaggerated overcompensation.

Another issue with the portrayal of Arabs Alsultany has mentioned drives the plot of this film: the “good arabs” are saved by the white main protagonist hero. When Ironman saves a small town in Afghanistan from the “bad” Arabs, we see many “good Arabs” taking the terrorists’ abuse without fighting back and utterly defenseless. They depended on the white American hero to save them and, without him, the “good Arabs” would have simply stayed submissive and abused, without any hope whatsoever. There is no Arab hero except for Yinsen, who he too shows no sign of complexity or character duality or even of minimal development like Tony Stark does, but is a clear overcompensation on the writer’s part.

All in all, Alsutany’s points and criticisms against Hollywood are yet again proven with a not so recent movie that is the heart of the biggest and one of the most popular Hollywood franchises in the world. Arabs are seen as evil, greedy, violent, abusive and extremist people in the first act of the movie without any character layers whatsoever. There is an attempt at compensation of the poor portrayals of Arabs by showcasing an overly perfect and honourable Arab character. Last but not least, the rest of the "good Arabs" are absolutely hopeless without the main protagonist of the story: the American hero Ironman.