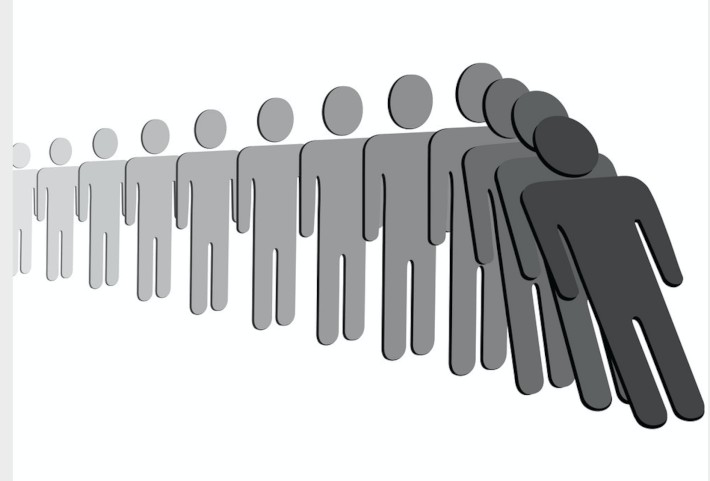 In 2018, the host of CNN’s Anthony Bourdain: Parts Unknown suicide sparked scrutiny regarding the media’s journalistic approach to reporting cases of suicide (Arkin). Public health studies carried out by the Center for Disease Control (CDC) claim that news reports on suicide may promote suicide contagion. Suicide contagion consists of clusters of “multiple deaths by suicide that occur within a defined geographical area and fall within an accelerated time” (“Role of Media Coverage in Suicide Outbreaks”). The CDC’s report on rising suicide rates following media coverage of suicide cases raises ethical concerns regarding whether or not news reporting practices should be regulated by avoiding sensationalism, refraining from specific detail about the manner of death and complying with the CDC’s recommendations in order to avoid the contagion effect.

According to Dr. Ayal Schaffer, a professor in the department of psychiatry at the University of Toronto, there are specific characteristics of a news report that can increase or decrease the likelihood that at-risk individuals will attempt to kill themselves in the week following the media coverage of a suicide case (Ducharme). When CNN announced Bourdain’s death, senior media correspondent Brian Stelter first reported that Bourdain was “found dead in his hotel in France by his friend” and “he had hung himself in his bathroom of his hotel room” (“CNN's Anthony Bourdain dead at 61”). Describing the technical details of Bourdain’s suicide may facilitate imitation of suicidal behavior by susceptible persons. Stelter then focused on the suicide completer’s positive characteristics and accomplishments. He described the success of Bourdain’s show and his various talents. It is a common coping mechanism for one to focus on the positive aspects of the suicide completer’s life and avoid mentioning the problems that the deceased person actually faced. In the news report, Bourdain’s mental illness was not well emphasized alongside his accomplishments which could possibly encourage suicidal behavior amongst at-risk individuals who seldom receive positive reinforcement for desirable behaviors (O’Carroll, et al). In a later report, CNN's Kate Bolduan is brought to tears on camera honoring Bourdain. The emotional aspect of the report sensationalizes Bourdain’s death. Bolduan’s lack of neutrality may have infantilized the audience by telling them what to feel (“CNN Anchor Brought to Tears Honoring Anthony Bourdain”).

In an age where individuals are encouraged to talk about mental health, it is difficult to maintain this openness in a newsroom if one has to place limitations on taboo topics like suicide. Even with concerns of suicide coverage in the media, the news should still be required to cover suicide since it complies with the mission of a news organization to report to the public information on a particular event in the world (O’Carroll, et al.). Therefore, one must realize that one cannot fully prevent news coverage on suicide, but the media should instead focus on covering such issues with careful sensitivity and awareness that suicide cases can disturb those who are already feeling vulnerable. CNN has already taken certain measures in ensuring public safety when openly discussing this topic by including phone numbers for suicide hotlines and links for treatment centers in their news reports (“CNN Anchor Brought to Tears Honoring Anthony Bourdain”). However, there are still many recommendations by the CDC that CNN did not fulfill to reduce the effect of contagion. Suicide is associated with a complex mix of ingredients and the media coverage of suicide can be an ingredient in an at-risk individual’s life that causes a further decline in their mental health. It is important to discuss mental health in the news and Bourdain’s death could have been used as a gateway to fight society’s stigma surrounding mental illness by opening discussion. However, the journalistic choices that CNN used to present their audience with Bourdain’s death had a more negative impact than anticipated. This could possibly be explained because of the lack of correspondence between the media and health care professionals (O’Carroll, et al).

To resolve the ethical dilemma of suicide coverage in the media, health care professionals should be working closely alongside media professionals to assure responsible coverage that could positively impact society’s discussion on mental health and destigmatize suicide. To do so, professionals must take the time to carefully understand that it is not the news coverage of suicide per se, but certain types of news coverage that promote suicide contagion while other types of responsible reporting can actually help prevent suicide. Responsible coverage of suicide entails directly addressing the problem by describing the help and support available in a community, explaining how to identify at-risk individuals or presenting information about risk factors for suicide. Responsible reporting does not present simplistic explanations for suicide, provide sensational coverage on suicide, report on the specific descriptions of the method of suicide or does not solely focus on the suicide completer’s positive aspects (O’Carroll, et al). CNN’s coverage on Bourdain’s death should have focused more on the mental health issues that Bourdain struggled with instead of concentrating solely on his life achievements or even worse, stating his particular method of suicide. The reporters should have addressed their audience by generally offering hope and educating them on this issue.

The contagion effect of suicide is real. In 1987, a study by the CDC “found that 1 to 5 percent of all youth suicides occur in clusters” (Tompkins). Suicide clusters are most prominent amongst youth under the age of 25. This targeted group consists of the leaders of future generations (Ma-Kellams, et al). Scientists refer to the suicide contagion as “the Werther Effect” because of the 1774 novel ‘The Sorrows of Young Werther’ by Johann Wolfgang von Goethe. The protagonist of this novel takes his own life. Following its publication, there was an outbreak of suicides in Europe of young men whose bodies were found dressed in the same clothes as the fictional protagonist (Tompkins). Currently, suicide rates are high around the globe and are continuously rising (David-Ferdon, et al).

In Canada, the overall average suicide rate is 12.5%, correlating to around 4634 suicides per year (“Suicide Rate By Country 2019”). In the United States one person kills themselves every twelve minutes (American Association of Suicidology). These alarming statistics emphasize the importance of how the media should cover cases of suicide without increasing the vulnerability of at-risk individuals who suffer from mental illness. Suicide is preventable. Awareness and education are key to reducing rates of suicide. Media coverage of suicide should be regulated by the CDC’s recommendations and an ongoing dialogue between media and healthcare professionals is necessary in order to prevent the contagion effect from occurring. Although media strategies for dealing with suicide reports have somewhat improved, it remains questionable whether or not the media’s negative effects can be contained before too many individuals take their own lives (O’Carroll, et al.).