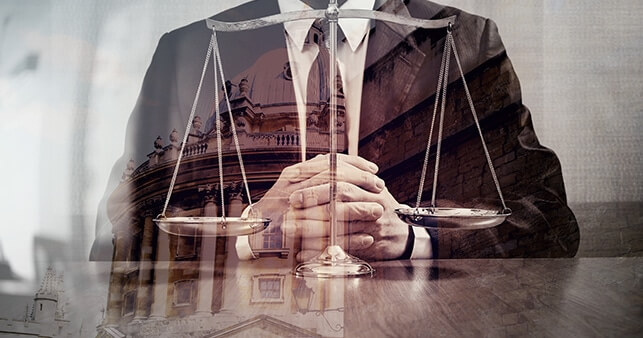 It's expected of us, as humans, to not only be concerned with our own personal well-being, but also that of others and of human society as a whole. As part of society we are expected to behave in a manner according to the, socially predetermined, moral standard. However, most times than not, individuals are tested to make the right choice. Even more so when a decision could be perceived as morally acceptable by a party, but interpreted as the wrong course of action by another. In a culture where wrong is condemnable and right is the norm, morals can easily become ambiguous when work and personal values clash. One of the most common moral dilemmas in a lawyer’s profession ensues from the answer of the most cliché of questions: did you do it? This is how, lawyers defending clients they know are guilty, becomes one of the moral dilemmas justice faces on a day to day basis.

While this line of work creates dispute between an attorneys conflicting loyalty towards their client, the society they live in and to himself, it remains the lawyer’s obligation to give their client, to the best of their ability, a just trial. However, whether or not the person they are defending committed said crime, the moral dilemma of should or shouldn’t a guilty individual be defended persists. A win-win situation is rarely feasible for lawyers from a moral standpoint. For example, treating law nonchalantly as a service can lead to citizens going unrepresented or being poorly represented, ultimately harming their client and going against a predetermined work ethic. Contrarily, an overly eager and intrusive representation, or even an unconditional loyalty to a client, may stand in the way of justice and expose society to harm. It is also important to acknowledge that, inconsequently of the case at hand, lawyers are often required to do things in name of their profession, which if done under ordinary circumstances, would be considered as immoral and unethical to their peers or even to themselves.

A lawyers’ duty is, first and foremost, to adapt and interpret both the facts and the law to provide an outcome benefiting their clients, whether they are guilty or not. By doing so, they aren’t only fulfilling their ethical duty, but also their duty towards society. While an easy answer to this dilemma could be to simply to deny a defense to any individual who has committed a crime, it would go against Article 6 of the Human Rights Act, which states that:

All criminal prosecutions, the accused shall enjoy the right to a speedy and public trial, by an impartial jury of the state and district wherein the crime shall have been committed, which district shall have been previously ascertained by law, and to be informed of the nature and cause of the accusation; to be confronted with the witnesses against him; to have compulsory process for obtaining witnesses in his favor, and to have the assistance of counsel for his defense. (Cornell Law School, LII)

Not only would going against the law be illegal and condemnable, it would also become detrimental for the attorney as an individual, since he would have to be punished for his transgression, making him no better than the alleged criminal, but also to society since it would go against Article 11 of the Human Rights Act, the presumption of innocence stating: “ Any person charged with an offence has the right to be presumed innocent until proven guilty according to law in a fair and public hearing by an independent and impartial tribunal (Canadian Charter of Rights & Freedoms), ” To a lawyer the question of whether or not their client is guilty, should become insignificant as he doesn’t take on the role of judge or jury and owes it to his client to provide him with the best possible defence expected by the law, necessary for society. Transgressing the law by withholding defence counsel would ultimately be damning for society, which by association would go against the principle of utilitarianism.

Utilitarianism is the ethical theory emphasizing primarily on the greater good concerning society. Originating from the need to get away from the teleological focus on self-interest, it puts forward the idea that the needs of the many outweigh the needs of the few, making it its summum bonum (the greatest good for humanity). In order to achieve the Greatest Happiness, as advocated by John Stuart Mill (1860), the attorney must provide a defence, even if the defendant is in fact guilty. This theory upholds the notion in which “The end would justify the means if the end were the greatest happiness for the greatest number.” (Deigh 39). as such the greatest good for humanity would be for us to respect its laws to ensure that every member of society possesses the same rights and freedoms. Finally, the relevance of this dilemma ensues from its ability to blur the big picture for any individual. If rules are not respected not only will punishment ensue, leading away from happiness, but it will deter society from happiness as a whole, since it would create a precedent for all future criminal cases, perpetuating pain rather than happiness. In the case that rules were to be neglected, wouldn’t attorneys and criminals be one and the same.