The Controversial Aspects of Censorship Within Social Media 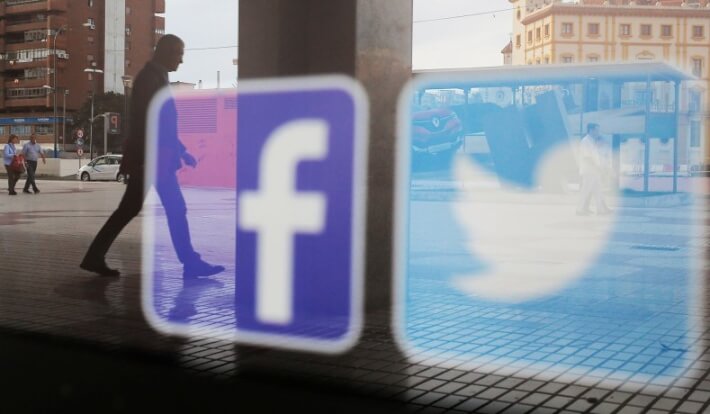 Representation, Reporting, and the Stories We Tell

The Controversial Aspects of Censorship Within Social Media

Over the last decade, it would be an understatement to state that social media has blossomed since its creation. Since its beginnings, social media has grown into a worldwide phenomenon influencing our everyday lives. Social media has transformed into not only a platform for friends and family members to communicate, but interestingly, social media has evolved into a tool used by businesses, activists, and politicians. Nowadays, activists and politicians use various social media outlets to voice their opinions, and connect with their target audience. The recent rise of right wing and controversial conservative content uploaded to social media platforms has led to social media companies censoring negative content posted by users who post such content. Because of the backlash created, this issue has caused an important moral dilemma that impacts society’s freedom of speech. Furthermore when examining this dilemma, having social media companies limit controversial opinions and content can be unjust, and unfair and possibly detrimental to a society. When relating the issue to various ethical frameworks, censoring controversial content can overall be viewed as unfair, according to Virtue Ethics. When considering the dilemma, ethical frameworks such as Utilitarianism and Virtue Ethics can be applied to further elaborate on the points presented in David French’s article regarding the censorship of Steven Crowder’s Youtube Account which ultimately relates very closely to the issue. All in all, through Virtue Ethics, the censorship of a person's controversial opinions that are not “hate speech”can be viewed as unfair, and unjust due to multiple reasons. Thus being said, the dilemma at hand may also have many wondering, What solutions are possible and suitable in this situation? By referring to different articles and scholarly sources, the issue and question previously stated will further be explained.

When analyzing social media censorship, disregarding opposing arguments would be for the most part difficult. When examining the Steven Crowder situation along with other cases similar to it, one could suggest that the censorship of these messages are actually fair, especially when analyzing the issue from a virtue ethics perspective. Even though comments like Crowder’s or other similar opinions are not labelled as “hate speech”, offensive opinions should not be tolerated. Considering that there are people who are offended by certain offensive content on social media, removing offensive content would be fair and just since the removal of such content would respect the offended parties feelings. When arguing for the censorship of very controversial and offensive opinions one can also argue according to utilitarianism that removing offensive content would benefit the greatest amount of people while doing the greatest amount of good. To that effect, the removal of negative comments will overall benefit society, while additionally not fully hindering an individual's freedom of speech. In fact, the topic of censorship relates quite closely to the subject of “what falls under freedom of speech?” as it is discussed in Momina Kahn’s article, “When Does Free Speech Become Offensive Speech”. Within the text, Kahn states that free speech and offensive speech or hate speech are not synonymous (Khan) which essentially aids the argument for why offensive speech can be censored.

Despite the arguments presented in the previous paragraph, the grounds for social media censorship being unfair are much greater. Before touching upon the idea of the restriction of free speech, the topic of how social media companies determine what should be censored ultimately brings up an important problem within the larger issue. When it comes to censorship on social media, internet providers and governments have less power than companies like Facebook and Youtube when it comes to removing content. As explained in Francis Fukuyama’s article, an issue with major social media companies restricting content is that since they have a monopoly in the market, the content that they are restricting cannot be published anywhere else. Unlike if a newspaper company chooses to not publish an article, the author can always go to another company but on social media Facebook dominates the market restricting the author (Fukuyama). To that effect, it's the fact that Facebook determines what people see, makes the situation unfair according to virtue ethics.

As many would agree on hate speech should not be tolerated on social media or in media as a whole. But restricting certain offensive speech that is not defined as hate speech according to John Stuart Mill can be detrimental. Mill argued that “we ought to tolerate offensive opinions because of the benefits such opinions produce for human and social progress” (Munro). Furthermore, restricting certain offensive opinions may prohibit society from understanding one’s negative views and may stop them from correcting their negative ways. Mill’s viewpoint is labelled as “the liberty of thought and discussion” (Munro). When relating Mill’s views to various ethical frameworks, censoring such offensive content may not benefit the greatest amount of people, which would make it contradict utilitarianism since utilitarianism deals with benefiting the greatest amount of people. According to Mill’s, allowing such content can benefit society by illustrating to its members what messages are wrong.

The censorship of controversial material as explained through the previous paragraphs can clearly be categorized as unjust and against liberty. Along with the unfairness of censoring certain content, the fear of being censored can lead to self censorship. Overall, the actions of companies censoring peoples content has led to many wondering what can be done to solve this dilemma. Considering that internet providers have an impact in the situation along with governments, internet companies and governments should work with social media companies to ensure that the appropriate content is being censored.

To conclude, by analyzing the current ethical dilemma chosen using virtue ethics and utilitarianism, one’s understanding of the issue is further explained and understood. Using the two ethical frameworks  allows readers to understand the complexity of the issue while additionally understanding how the issue can be solved by finding a way where governments, and social media companies can actively participate togethering in differentiating hate speech from offensive content.