The Limitations and Lawlessness of Youtube’s Prank Culture 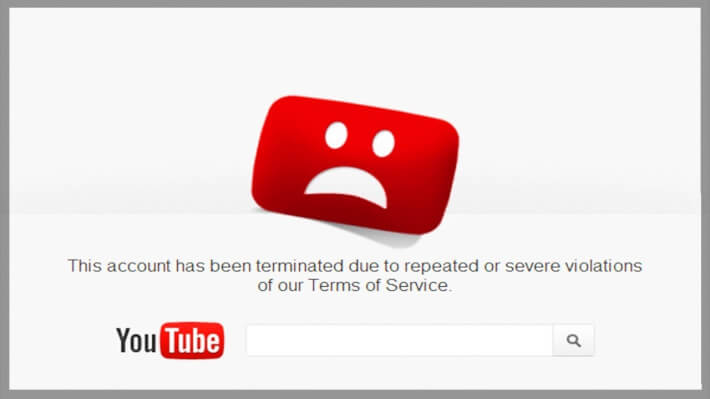 Content, views, and subscriptions drive the YouTube industry. YouTubers often think, strategize and execute content that will make people click to watch their videos. For a YouTuber, the more subscribers they have, the more revenue and popularity they gain. With fame and money, nothing seems impossible, right? Well for some YouTubers, fame can make a person lose touch with reality, driving them to create content which are unethical just for views. Even though “new research finds far less violence on YouTube than on prime-time television” (Jacobs), it can't be ignored that unethical content on YouTube continues to be comparatively common. With the help of Utilitarianism, it will be proven that these unethical videos referred to as “pranks” are immoral and how YouTube’s prank Culture has little to no limitations or laws governing how each content should be verified before it is posted.

Utilitarianism is defined by the fact that morality is the purpose that motivates one’s actions or by the end goal desired to be achieved (Brand, 2019). In other words, to them, the ends justify the means and the greatest good is for the greatest people. In this essay, the video called “We Found a Dead Body in the Japanese Forest” by the YouTuber Logan Paul will be analyzed (Romano, Aja). The Video of “We Found a Dead Body in the Japanese Forest” by Logan Paul shows how he and a few of his friend visited the Suicide Forest in Japan and suddenly came across a dead person who had hanged himself prior to their arrival. Upon discovering the dead body, Logan Paul commented and joked about the dead person and further videotaped that person and inserted that scene into his video, which created outrage in the YouTube community, which ultimately pushed Logan to delete his video from his channel.

As mentioned earlier, fame can manipulate and distort that person from reality, in the context of Logan Paul, a YouTuber with millions of subscribers, any content which he creates will receive lots of attention by his followers. For Logan, his goal is to make revenue with the millions of views he is getting for each of his videos. Therefore, each time that Logan posts a video which pushes the boundaries of morality and gets support by his fans, Logan will start to believe that what he is doing is right and moral. Therefore, the content that Logan creates doesn’t matter if it complies with YouTube’s community policy and regulations, as long as his subscribers are happy, Logan is happy. Due to the slack regulation of policies in the YouTube community, videos like the one from Logan Paul considerably hurt any young viewers or fans, “exposure to media violence can induce increases in aggressive and violent behaviour [in younger audiences]” (Fitzpatrick 1). Therefore, according to utilitarianism, this is not beneficial for the people since it is not the greatest good for the greatest people, thus, the fact that YouTube doesn’t strictly regulate their content is immoral and unethical.

According to YouTube: “Prank videos have been part of the online video culture from the very beginning. […] We also have strict policies that prohibit misconduct on YouTube. We enforce these policies with our community on YouTube […]” (Rogers, Katie). Although the statement from YouTube is partially true, videos such as Logan Paul’s continues to be a subject of conversation. In a world where subject such as suicide is so sensitive and dangerous for people of all age, this may cause people to think about the action itself and desire it. After the incident, Logan Paul posted an apology about the video and how his actions were caused by the YouTube’s prank culture and how it partially contributed to his actions (Romano, Aja). There is a fine line to walk between a prank and an insult and because of YouTube’s prank culture which emphasises the shock value in pranks. Due to the fact that YouTubers such as Logan Paul who crosses this fine line, YouTube’s regulations became slack for the sake of revenue and popularity therefore their end goal is not about a feeling of community, but a monopolised industry, thus according to Utilitarianism which is for the greatest good for the greatest number of people, how YouTube regulates its content is immoral and unethical.

Pranks take advantage of someone’s else misfortune and seeks to warp and distort reality (Hobbs, Renee, and Silke Grafe). The fans who look up to these YouTubers will see these videos and try to re-enact the prank by curiosity or for pleasure. This will ultimately popularise this prank and create a trend of people executing these pranks. In other words, if these pranks take advantage of someone’s else misfortune or warp and distort reality, then if everyone starts to re-enact these pranks in society, aren’t people creating an unethical society? According to Utilitarianism, a moral action is one that causes the most utility, happiness and greatness for the greatest number of people (Brand). Therefore, by spreading these pranks, YouTube is participating in creating an unethical society for the generations to come.

In conclusion, YouTube isn’t as innocent as we may think it is. YouTube is a diversified platform, where you can find almost anything you are looking for such as cooking videos, traveling and much more. Yet what lies deeper inside this vast library of videos and contents are videos which are unethical and immoral. YouTube’s laws and regulations are partially restricting access for these types of videos, but there are still immoral videos that surges up and when they do, fans and followers become influence in doing the same thing.