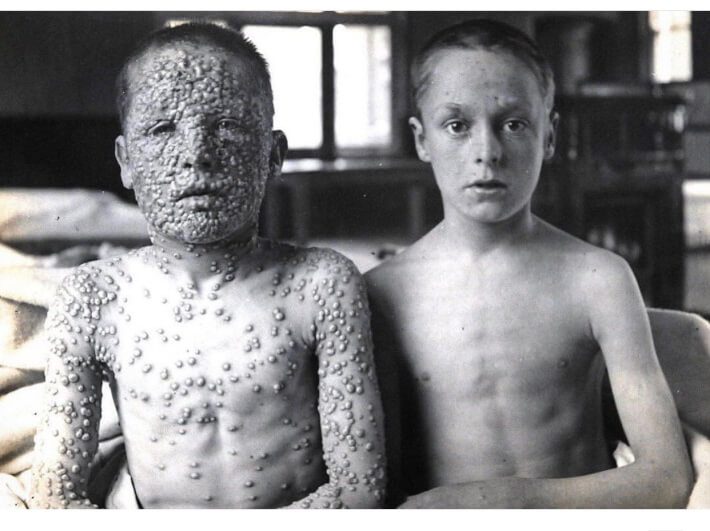 In today’s society, there is a large debate on whether to vaccinate your children or to not vaccinate your children. The minority of people believes that they should not vaccinate their children because of a study published in 1997 by a British surgeon named Andrew Wakefield, claiming that the MMR (mumps, measles and rubella) vaccine was increasing the risk of autism in British children. Despite the study, the majority of the Western population believes that they should vaccinate in order to prevent the spreading of diseases amongst children in society and to create a herd immunity to protect those who physically cannot vaccinate. According to utilitarianism, vaccines should be compulsory because they create a protection barrier for virtually all members in a community, which follows the summum bonum to do the greatest good for humanity.

To begin, Immanuel Kant's theory is an example of a deontological moral theory. As specified by his theories, the rightness or wrongness of actions does not depend on the outcome, but instead depends on whether they fulfill our duty. Kant believed that there was a superior principle of morality, which is the categorical imperative. Kant explains a categorical imperative as an, “Act only on that maxim which you can at the same time will that it should become universal law.” With respect to Kant’s categorical imperative, the right of choice cannot be taken away from any parent. People have a duty to obey standards of right and wrong, which are discerned through reason. Therefore, if people were to take away the parents’ choice to vaccinate their children then ultimately, they would be taking away their right to reason. Based on Kant’s philosophy, it is irrational to take away the freedom of choice from a human being and therefore the choice to vaccinate is just that, a person’s choice.

On the contraire, in consonance with utilitarianism, it should be a mandate to vaccinate children because it protects almost everyone and therefore does the greatest good for humanity. On the basis of statistics published by the Centers for Disease Control and Prevention (CDC) and Harvard University’s Vivian Chou, if you had 200 4th grade students with 90% of the students vaccinated and 10% unvaccinated; approximately 45 students would get pertussis. This may seem as though getting vaccinated does not matter; however, 80% of the unvaccinated students would have been infected, whereas only 16% of the vaccinated students would have been at risk. There are people who are allergic to some components of vaccines and due to such an allergy, they cannot get vaccinated. If everyone continues to vaccinate their children then a herd immunity would be created, which in turn protects the latter. Moreover, by following the teleological theory of utilitarianism and vaccinating the population, the greatest good would be done for the greatest amount of people.

In conclusion, it is critical that people understand that although diseases, such as polio and diphtheria, have been eradicated in Western worlds, they still lie in the air. It is seen in the statistics presented earlier that children who are unvaccinated have an exponentially higher chance of contracting an infectious disease compared to the children whom are vaccinated. Due to the majority of the population being vaccinated, a herd immunity has been created within communities, which protects those who cannot vaccinate due to allergies and religious reasons. If more parents decided not to vaccinate their children, then they would contract these airborne diseases more easily and it would spread much easier in communities. Therefore, by utilitarianism, parents should be mandated to vaccinate their children for the greater good of the community.

“Anti-Vaccine Activists, Web 2.0, and the Postmodern Paradigm – An Overview of Tactics and Tropes Used Online by the Anti-Vaccination Movement.” Vaccine, Elsevier, 13 Dec. 2011, https://www.sciencedirect.com/science/article/pii/S0264410X11019086.

Gareth Williams. “Angel of Death: The Story of Smallpox” (photo)

“To Vaccinate or Not to Vaccinate? Searching for a Verdict in the Vaccination Debate.” Science in the News, 5 Dec. 2017, http://sitn.hms.harvard.edu/flash/2016/to-vaccinate-or-not-to-vaccinate-searching-for-a-verdict-in-the-vaccination-debate/.