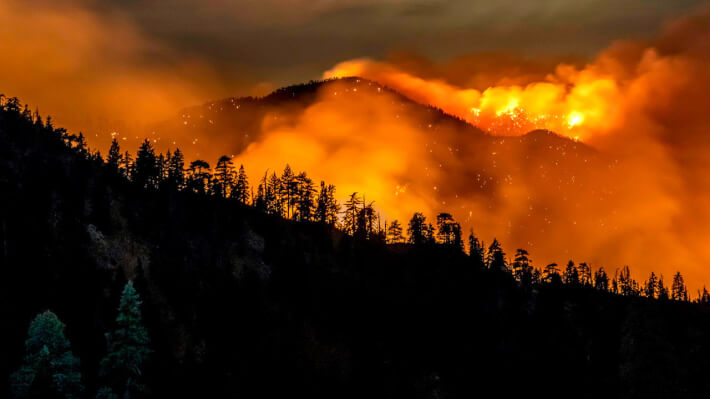 The CNN article “California Utility PG&E Facing Criminal Charges Over the State’s Largest 2019 Wildfire” ( https://www.cnn.com/2021/04/07/us/pge-kincade-fire-criminal-charges/index.html ), written by Madeline Holcombe and Jessica Myers on April 7, 2021, is about the outcome of the lawsuit against the corporation PG&E for the start of the Kincade wildfire in California. In fact, the Pacific Gas and Electric Company was the cause of a massive wildfire in 2019, which burned more than 77,000 acres of vegetation, 374 structures, and caused injuries in Sonoma County. They are being charged with more than 85 counts, including starting an illegal campfire, manslaughter, and destruction of property. As of April 7, 2021, the corporation pleaded guilty to all 85 counts, and the last hearing is happening on April 20. That wildfire was one of the biggest one ever seen. As a matter of fact, it spread so fast that in 3 hours, it burned more than 5,000 acres, and it also resulted in Sonoma County’s largest evacuation, and that included the residents of Windsor, Geyserville, and Healdsburg. It wasn’t the first lawsuit against PG&E, as they settled for a total of about 333 million dollars since 1996. The settlement for this particular lawsuit has yet to be confirmed. Since PG&E is an oil company, it’s very important for the people in this industry and the government to keep it, but it’s very harmful to the environment and the people living in California. Because of this, the dilemma involves the personal benefit and the principle of harm, and the agent is the government. In short, the government has to determine if they want to keep getting all the money from this industry or stop harming the forests and the residents.

In this case, believers of the Ethic of Cares, such as Thomas Hobbes (English philosopher born in 1588 and inventor of the “social contract” of the Ethics of care), would argue that the PG&E corporation needs to be punished because they broke the “social contract” needed to keep a peaceful society. Indeed, the Ethics of Care is all about keeping a good and moral society with the help of a “contract” between one another. Because it’s in our nature to be selfish, we need something to keep us from destroying everything. Hobbes argues that there are four elements responsible for the human nature’s auto destruction: there are limited resources, we all have equal rights, we all have equal strength, and we're selfish. He thought that without a contract to help control ourselves, we would be in the “State of Nature”, which is no place for a peaceful world. Clearly the PG&E corporation did not respect the “contract” with the people because they harmed them, and they even harmed the forests, which were a part of the limited resources. In short, this harmful corporation disturbed the peace within the population by breaking the “social contract”, so they need to be punished.