Close the achievement gap: The requirement for multicultural education 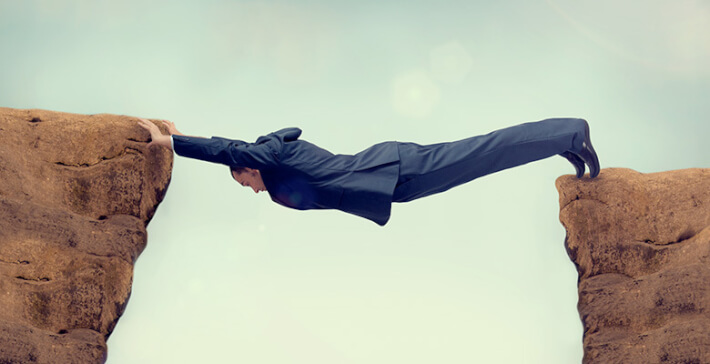 One of the primary goals of the modern movement for school reform is to ensure that all students are offered equal opportunities for learning and achievement regardless of their cultural background. Implementation of an educational model that supports this notion is essential given that several bodies of evidence report a negative correlation between academic success and whether a student is of a minority group (Gardner et al. 2014, Anderson et al. 2006). While multiple explanations for the link between ethnicity and student achievement have been proposed, some of the major reasons may include factors such as language barriers, application of ‘monoculture’ curricula that are founded on the views of one specific group, and the potential prejudice (either conscious or unconscious) reflected by teachers and peers (Pang and Park, 2003). As such, a ‘multicultural education’ model that supports the intellectual development of all students and that aims to resolve the academic roadblocks experienced by students of specific ethnicities is required. With that said, how do we actually define ‘multicultural education’? According to Dr. Valerie Ooka Pang, a professor of education at San Diego State University, “multicultural education is an academic discipline that holds a range of views from total school reform to curriculum infusion to societal change” (Noddings, p. 207). It is an “education for all students, and its purpose is to bring us together, not to separate us and cause divisiveness” (Noddings, p. 207). The goals for multicultural education are to, therefore, promote tolerance of all individuals, eliminate racism, teach content from a range of cultures, and to ultimately broaden students’ awareness so that they can recognize and appreciate different cultural perspectives (Noddings, p. 208). While the potential for such an educational framework holds promise, it certainly is riddled with its own set of controversies surrounding its practical integration in modern-day classrooms.

Central to the argument of multicultural education is how it should be integrated in the classroom. In other words, what does this model of education actually ‘look like’ in practical terms? Moreover, should the model be adapted to different levels of education or student ages? To address these questions, scholars have attempted to broadly define or categorize the cultures that exist within a multicultural education system. The goal of establishing these cultural definitions is two-fold: (i) it aims to provide insight into the needs and perspectives of each group and (ii) it informs educators on how to effectively integrate the needs and perspective of all students into a unified system. Joel Spring, an American academic, broadly categorizes the groups within multicultural education as “dominant, immigrant, and dominated cultures” (Noddings, p. 208). While it is important to note that multicultural education “does not simply aim at brining people together under one common culture” (Noddings, p. 208), these aforementioned categories have prompted significant concern. For example, how do educators discuss “dominant” and “dominated” cultures in a manner that does not create tension? How do educators ensure that the term “dominant” in this context is not misunderstood to mean “superior” or “best”? In regard to the latter, some opponents of this model in the United States worry that teaching approvingly about cultures may have a divisive effect that increases the “possibility of losing the central culture that they define as American” (Noddings, p. 209). On the contrary, others believe that “people can still retain a lasting love for their original culture and still become loyal, dedicated Americans” (Noddings, p. 209). For example, in the context of immigrant students in the United States, the activist and sociologist Jane Addams suggests a ‘dual dedication’ framework whereby students are provided with the knowledge to succeed in their new world while also retaining the skills and pride of their original culture (Noddings, p. 209). In addition to this ‘dual dedication’ framework, dual-language training has also been suggested to enhance student interactions and appreciation of ethnicities within multicultural education systems. In this system, students will learn the language(s) that are native to the individuals within the classroom. The aim is to therefore encourage communication among peers which may ultimately facilitate an increased awareness and appreciation of perspectives within a multicultural setting.

The debate on multicultural education is not exclusive to the United States, but also extends to Canadian classrooms. Of particular interest in Canadian education is the observation that there is consistently poor engagement and participation of Indigenous students within Science, Technology, Engineering, and Mathematics (STEM) disciplines (Michie et al. 2018). While there are several reasons for this pattern, one of the primary factors that contributes to relatively low visibility of Indigenous students in STEM programs is that “science knowledge is inaccessible and culturally irrelevant to most aboriginal students in Canadian school classrooms” (Kim, 2017). Indigenous students are expected to adopt modern Western science that embodies “canonical knowledge, techniques and Eurocentric worldviews” (Kim, 2017) which are often confusing and in direct conflict with the place-based, relational models of Indigenous ideas of nature (Kim, 2017). The result of the lack of Indigenous representation in STEM education therefore largely results in Aboriginal students adopting a lack of interest and confidence in science which correlate with high dropout rates in STEM-related programs.

Despite clear evidence of the low interest and high attrition rate of Indigenous students in science programs, there are several challenges and controversies surrounding how modern Western STEM curriculum should be taught in a manner that is consistent with Indigenous beliefs. Recent studies suggest a promising model that bridges Indigenous and Western cultures to teach science through a “Two-Eyed Seeing” pedagogical approach in Canada and Australia (Michie et al. 2018). This educational method “refers to seeing from one eye with the strengths of Indigenous ways of knowing and from the other eye with the strengths of Western ways of knowing and using both eyes together for a holistic and truly informed (depth) perspective” (Michie et al. 2018). While this approach holds promise for closing the achievement gap for Aboriginal students in STEM, it also presents with its own set of roadblocks that limit widespread implementation. These limitations stem, at least in part, on the debate of how to assess student learning in these models as “aboriginal students share reflective and verbal communication styles as knowledge sharing methods” (Kim, 2017) whereas Western students are largely adapted to standardized or written evaluations. Moreover, an educator’s individual perceptions and ability to effectively teach Indigenous studies is also of concern when considering adaptation of integrated models (Kim, 2017). Despite these challenges, the larger debate is likely centered on the fact that “many scientists and science educators continue to view the contributions of indigenous science as useful, but outside the realm of real science” (Kim, 2017). As such, there is persistent push-back to accept Indigenous views on science within modern classrooms. Continued discussion between educators from all populations is therefore essential to generate effective strategies that aim to interweave traditions and knowledge to encourage the participation and success of Indigenous students in STEM-related disciplines.

Anderson, E. and Dongbin, K. (2006). Increasing the Success of Minority Students in Science and Technology. Higher Education Policy for Minorities in the United States. https://vtechworks.lib.vt.edu/handle/10919/86900

Hi LIsa, I enjoyed reading your take on closing the achievement gap through the need of a multicultural perspective. A few components stuck out to me in your post, however, a few were the quotes from Noddings: education for all students, and its purpose is to bring us together, not to separate us and cause divisiveness - this is absolutely true, and it's ultimately what unites us - the human aspect of being. Along with this, the point you made regarding how we are to see the differences in one another, it would be naive to think there are no cultural or historical differences - however how these are to be understood, celebrated and recognized for the beauty they contribute to the scope of learning. It's also interesting to note how dependent on the teacher's teaching style and perspective (whether they reflect back onto their students the same texts that were used on them for example - possibly mostly British), that dominant, immigrant, and dominated cultures seem to be at the focus of learning sources for many students. I appreciate how you recognized that there may be a 'dominant culture' from which sources may be gathered from - however how this does not imply superior. My board offered a multicultural course and I was inclined to take some notes away from it. A few points that stuck out to me were these, the 'once upon a time' dominant group that everyone thought of, is now no more, where diverse and multicultural groups take presidence over the 'British way of learning'. Regarding race and having students recognize the similarities among one another rather than differences is through 'Excellence as the best deterrence to racism (in effort, struggle, strife). This is the most fulfilling path to freedom'. When students have exposure to people who present themselves in an 'excellent fashion' barriers begin to fall..